“An equitable, accountable and efficient city for all is among the top goals of my administration, and I’ve worked to achieve these goals by fostering the kind of innovation that has long-defined our great city.”
- Mayor Byron W. Brown 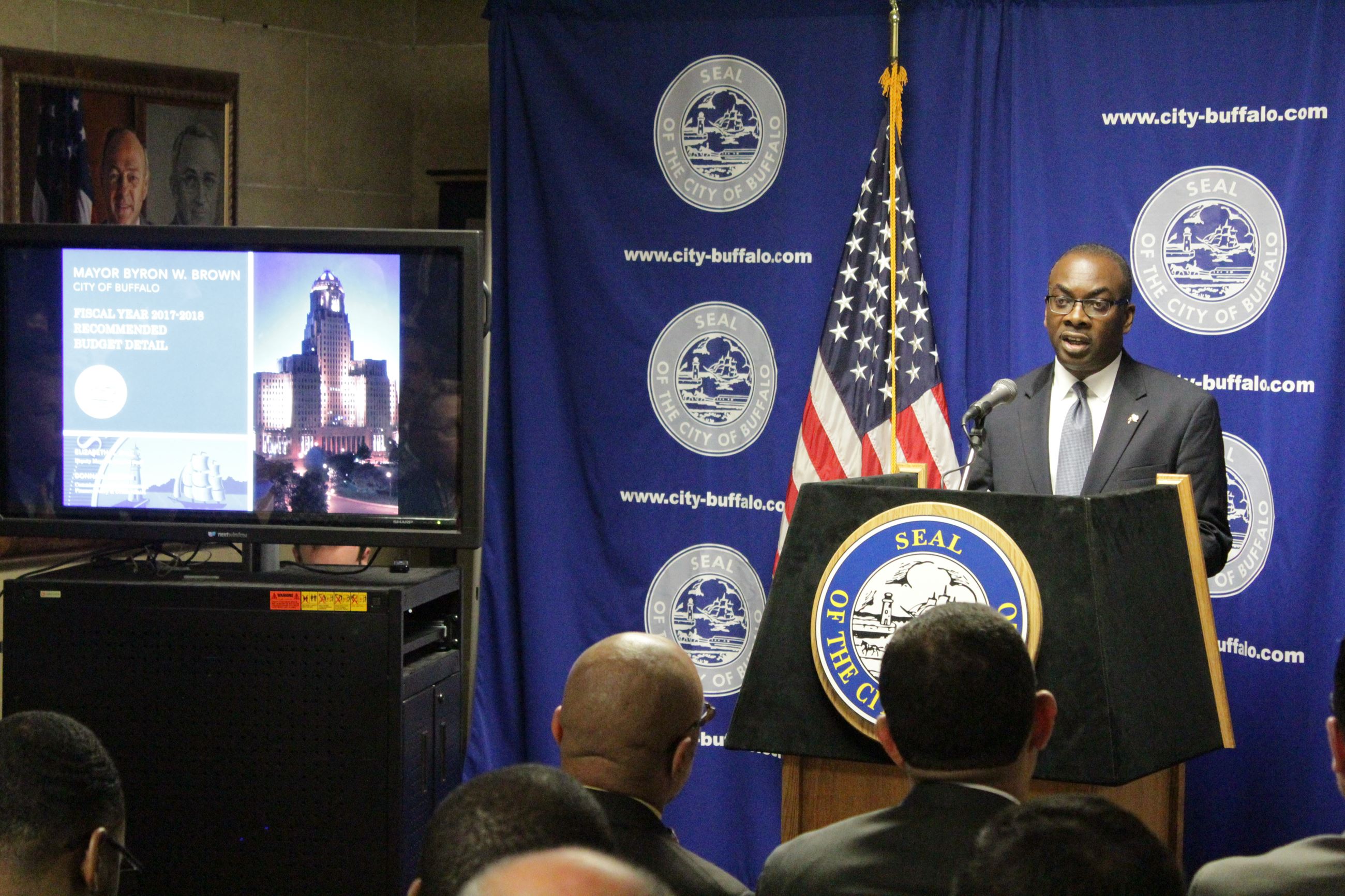 Since taking office, Mayor Byron W. Brown has worked to build a City that fosters innovation, accountability and efficiency in the way our city services are provided and the way our city does business. He’s achieved these goals by using data to help drive the best investments to deliver the best outcomes for the citizens of Buffalo. Reducing city costs by finding new uses for city-owned buildings, and making some available for private development, is among Mayor Brown’s priorities.

The City of Buffalo’s nationally-recognized 311 Call & Resolution Center is part of an ongoing effort to make city government effective and more responsive to the needs of residents, its business owners, and visitors. Residents of Buffalo need to know only two numbers to access all City of Buffalo services: 9-1-1 for emergencies, and 3-1-1 for all non-emergency and city government services. Operated by the Division of Citizen Services, 311 has a centralized response center for citizen complaints, requests for services, and making referrals to appropriate departments, agencies and other service providers. The data-driven 311 call center features state-of-the-art technology to assist operators handle calls more efficiently, pinpoint geographic locations to spot trends, and track calls through to resolution.

Mayor Brown recently steered the acquisition process of the vacant Michael J. Dillon Federal Courthouse from the U. S. General Services Administration (GSA), at a cost of $1. The building is being transformed into the new City of Buffalo Public Safety Facility at the Michael J. Dillon U.S. Courthouse Building. This transfer makes the current Police Headquarters on Franklin Street a prime redevelopment opportunity in a strategic location and bolsters the Brown administration’s goal of adding more investment and activity to Buffalo’s vibrant downtown core.

Under Mayor Brown’s leadership, the City will start the process of creating a Public Works Campus to combine seven existing facilities into one. This campus will house municipal snow plowing, garbage collection, paving and construction vehicles, administrative offices, auto impound. The consolidation will further improve efficiency and reduce costs.

The Buffalo Sewer Authority has spent over $20 million on energy upgrades over the last nine years that have cut energy costs by $5 million per year.

In June 2016, Buffalo became one of 39 communities across the U.S., and the first in New York State, selected to be part of the “What Works Cities” effort to foster more open and accessible government data.  The result of our efforts is Open Data Buffalo, a free data portal, which will improve how we provide services to our residents, enhance coordination and efficiencies across City departments, divisions and organizations, while increasing opportunities for civic engagement and economic development.

In May 2017, paying to park in the City of Buffalo went high-tech with the launch of Buffalo Roam, The City’s new, free mobile payment parking app provides users with the convenience of handling the entire parking experience from their smartphones. In its first seven months, 20 percent of City of Buffalo parking revenues were coming from the app, far ahead of expectations. The city has set a new goal of 50 percent of all parking revenues to be generated through the Buffalo ROAM app by May 2019.

Mayor Brown launched the City of Buffalo’s 34 and More Buffalo Recycles Program, a city-wide campaign designed to increase overall recycling rates citywide beyond 34%. In 2011, the recycling rate was 11% and the city hit 28.3% in 2017, bringing it closer to its goal of 34 and More!

The entire Buffalo Fire and Buffalo Police vehicle fleet has been modernized. Every on-duty Buffalo Police Officer will be equipped with new crime-fighting tools and technology.