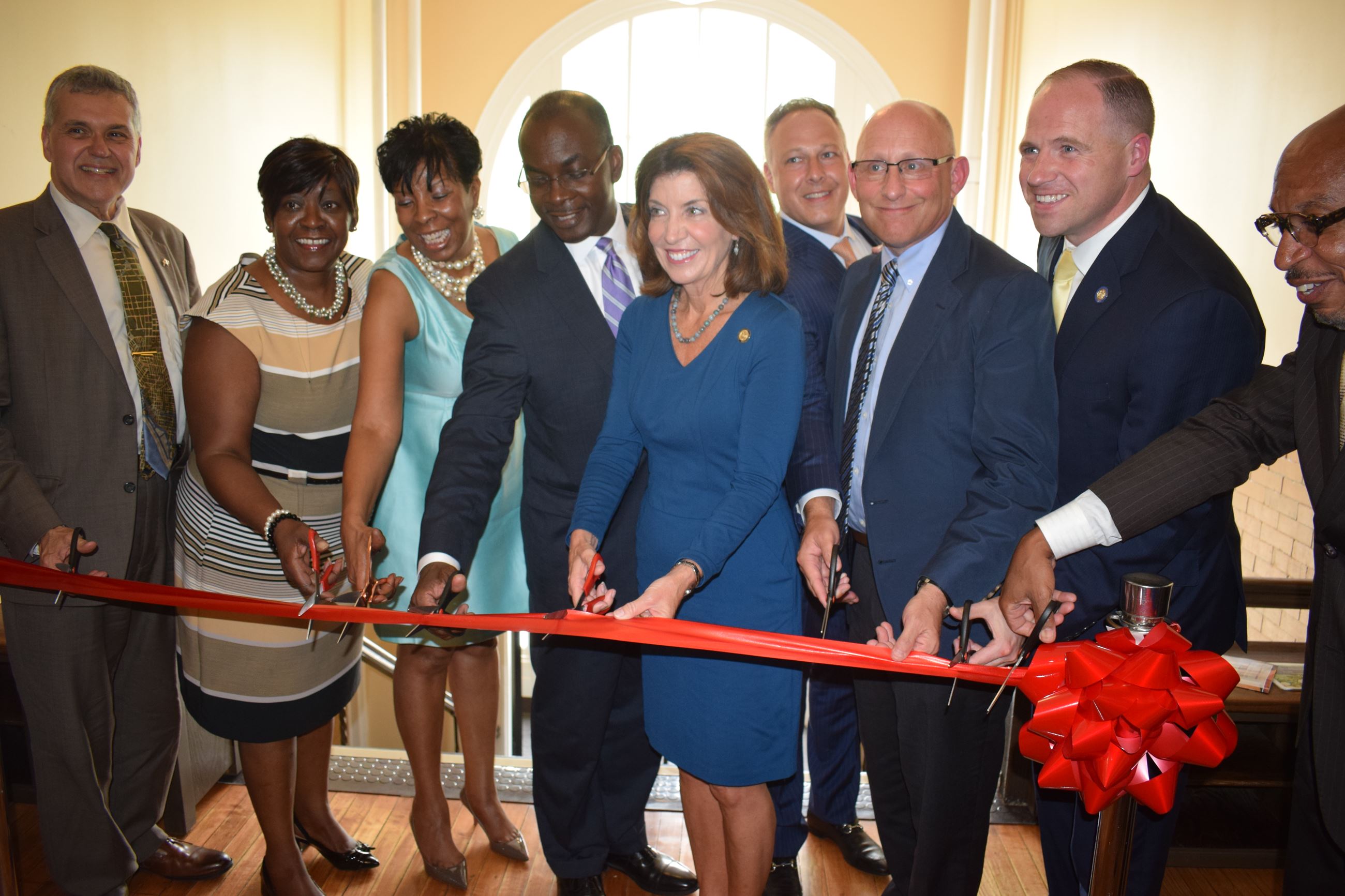 "This has been an incredible decade of growth, development and progress in the City of Buffalo. It is a special time in our City's history - we are in the midst of a transformation that will be felt for generations to come." - Mayor Byron W. Brown

Mayor Byron W. Brown continues to foster an economic development strategy that spurs the growth of a diverse economy, creates quality jobs and encourages equal access to economic prosperity. His administration continues to focus on inclusive development, infrastructure investment, business growth, job creation and employment training - to create a City of Opportunity for all residents. There has been nearly $6.7 billion in new economic investment since 2012, which is projected to create 12,000 new jobs

The project, which includes $4 million in city funding, is already transforming Buffalo’s east side and benefitting the entire City of Buffalo, by providing construction jobs and pre-apprentice training for Northland neighborhood residents.

Mayor Brown and Governor Cuomo set a goal of 25 percent minority-owned and 5 percent women-owned participation in the bid process on work taking place on the Northland Corridor. Those hiring goals have been exceeded, with minority-owned firms awarded 28.16 percent of the Northland work, while women-owned companies secured 5.89 percent according to the Buffalo Urban Development Corporation.

As Mayor Brown continues to champion a diverse workforce and inclusive workplace to further broaden and accelerate Buffalo’s economic resurgence, the solar facility at Riverbend, owned by Elon Musk’s Tesla Motors, symbolizes the future of Buffalo, with a projected creation of over 3,000 new jobs.

Mayor Brown envisioned ‘something great’ for this site back in 2008 when he directed staff to acquire the property for $4.6 million.

Mayor Brown has championed the development of the Beverly Gray Business Exchange Center, located in the former North Jefferson Library, on Buffalo’s east side. The City has invested $2.3 million to ensure Minority- and Women-owned Businesses have access to a one-stop resource center where they can make their dreams a reality.

Next Street is the program operator of the Exchange, and joins six tenants already operating at the facility.

This historic update of the city’s 63-year-old zoning code and land use policies was signed into law in January 2017.

It is based on Mayor Brown’s place-based economic development strategy to further promote private and public sector investment, facilitate job creation, restore the environment and continue to improve Buffalo’s quality of life for residents.

Mayor Byron Brown is working closely with public and private sector partners in identifying and aligning the supply of workers in Buffalo with the needs of growing businesses, particularly in the science, technology, engineering and math industries. Through a series of programs, Mayor Brown is helping to attract and train citizens to fill the necessary positions, while working with local businesses to customize training.

Buffalo Employment & Training Center (BETC) brings together a variety of workforce development organizations and partner agencies with a primary goal of assisting residents of Buffalo to gain employment and assist employers in finding qualified workers.

Buffalo Urban Development Corporation is the official non-profit organization tasked with leading a number of major development initiatives for the City of Buffalo.