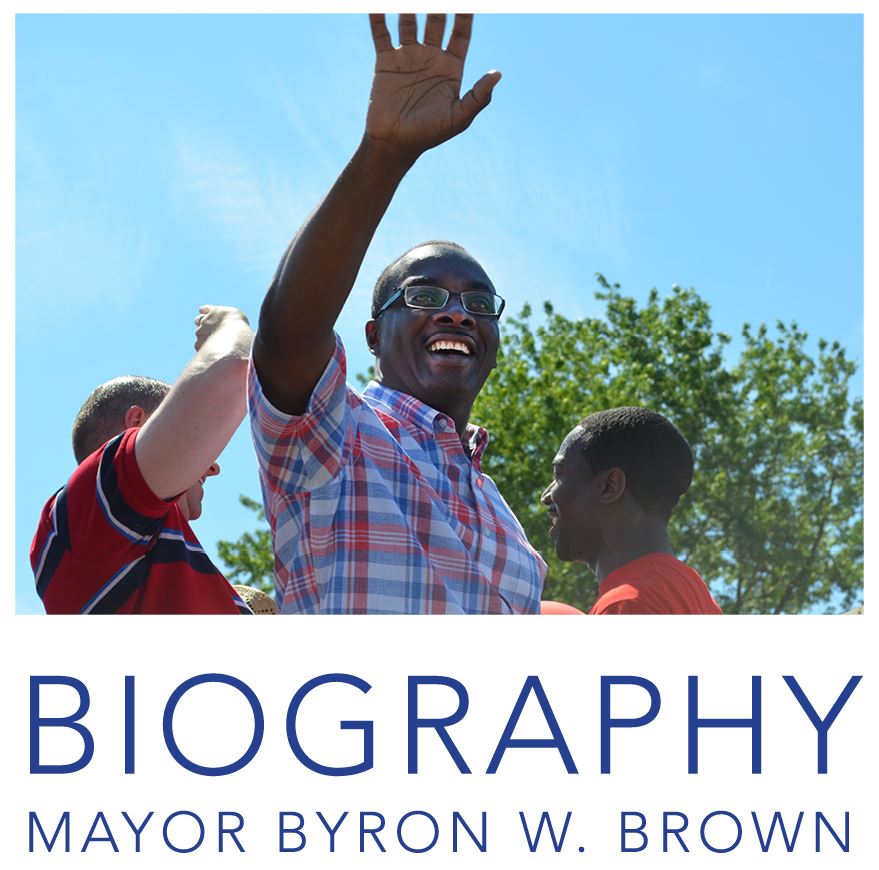 The Honorable Byron W. Brown was sworn in to a fifth-term as the 62nd Mayor of New York’s second-largest city in January of 2022. Mayor Brown has been a champion of Buffalo’s revival, with a vision that embraces inclusiveness, equity and opportunity.

Under his leadership, the City has experienced significant progress, including more than $7.8 billion in new economic development activity which is expected to create over 12,000 new jobs. During his administration, Mayor Brown has mostly cut taxes or held the line on taxes for the last 15 budgets. The City of Buffalo has only slightly increased taxes once during that time. Before Mayor Brown took Office, tax rates in the City of Buffalo were significantly higher at $20.95 per $1,000 Residential rate and $37.41 per $1,000 Commercial rate. Today, City of Buffalo taxes are at an all-time low at $9.99 per $1,000, Residential rate, and $16.75 per $1,000 Commercial rate. His continued vision for the City of Buffalo is a thriving, healthy and innovative City that embraces inclusiveness, equity and opportunity for all.

From his earliest days in office, Mayor Brown put in place a bold set of strategic plans that have resulted in high- profile economic development projects and job growth in Buffalo. He has led a series of strategic investments throughout the City to stimulate new employment opportunities. A key example is the $120+ million Northland Beltline Redevelopment project, which transformed an idle industrial site into a state-of-the-art workforce training center, combined with new business operations. His administration also spearheaded the creation of the Beverly A. Gray Business Exchange Center, on East Utica Street, infusing $2.3 million in City funds into the former library, to create a one-stop center to assist Minority- and Women-owned businesses.

Another example is the City-led remediation and sale of the land along South Park Avenue, where the $900 million Solar City/Tesla Project at Riverbend facility has been constructed. Tesla has partnered with Panasonic to operate the solar panel plant, creating employment opportunities for up to 3,000 people. Mayor Brown also guided the sale of a city-owned parking lot for the purposes of development which has since been transformed into the Buffalo Sabres organization’s popular $200 million HarborCenter, located right in the heart of the revitalized Downtown waterfront at Canalside.

Car traffic on Main Street had been cut off by the above ground monorail for years until Mayor Brown initiated the Cars Sharing Main Street program to bring vehicular traffic back to Main Street in Downtown Buffalo.

Opening Main Street to vehicular traffic has injected economic energy to the City of Buffalo by giving residents better access to shops, restaurants and retail.

Cars on Main Street has been launched in phases and has seen success through each phase.

The $22.5 million lower Main Street Project extended through the 2019 and 2020 construction seasons. The

$2.8 million 700 block was completed in 2009 and included a two-way conversion of Main Street and bicycle lanes. Construction on the 600 block of Main Street began in late 2012, with a total project cost of $8 million, and was completed in January 2014. 500 block construction began in the fall of 2013 for a total project cost of about $21 million. It was completed on December 2015. There has been significant private sector return on this public investment and the City of Buffalo and have seen the growth of investment in the medical campus and theater district as well as in small-retail and home ownership on Main Street. Additionally, Cars on Main Street was an important factor in the development of Seneca One tower that will house the M&T Tech Hub along with other businesses.

As part of his commitment to healthy neighborhoods, Mayor Brown launched the Replace Old Lead Lines (ROLL) program modeled after a successful program in Pittsburgh and made possible by almost $1 million in State funding. Beginning January 1, 2020, the City of Buffalo required that all service lines made of lead, or having a lead component, will have to be replaced when they experience a break or leak. This program fully replaces lead lines when they are broken or damaged in order to prevent lead from infiltrating the City of Buffalo’s water supply.

Mayor Brown has successfully collaborated with State and County agencies to make The City of Buffalo an attractive place for film making. During his administration, The City of Buffalo has hosted several major film productions including Teenage Mutant Ninja Turtles 2, The Purge, Marshall featuring Chadwick Bosman and Nightmare Alley, featuring Bradley Cooper.

The City of Buffalo is also attracting significant investment in film production with plans for a $50 million film and television studio, Great Lakes Productions developed just off the campus of Rich Products and a 75-million dollar movie set on 27 acres, complete with high-tech equipment and props and sets is being planned for a location on the banks of the Buffalo River.

Throughout the economic development projects in the City of Buffalo, Mayor Brown has prioritized diversity and inclusion. The city of Buffalo is a very diverse City and is committed to ensuring that the workforce reflects the population it serves. Studies show that diverse organizations are more successful, more profitable and experience more employee and customer satisfaction.

Since taking office, Mayor Brown has spearheaded a number of successful initiatives to revolutionize community- based policing to further improve community and police relations and strengthen neighborhoods. Mayor Brown continues to work collaboratively with all levels of law enforcement, as well as other vital community partners, on crime-fighting initiatives that have resulted in an overall drop in crime, including a 3.88% annual decrease from 2006 – 2020 and a total decrease of 43.35% from 2006 - 2020. Under Mayor Brown’s direction, the Buffalo Police Department recently achieved full accreditation from the New York State Division of Criminal Justice Services Accreditation Council, making the BPD the largest City accredited law enforcement agency in New York State.

Mayor Brown has implemented a number of social justice reforms throughout his administration including the Buffalo Reform Agenda, a community-driven outline for achievable initiatives to continue to shift the City of Buffalo’s law enforcement culture to a restorative model that strengthens ties to the community it serves.

Weaved throughout these significant initiatives is Mayor Brown’s strong and continued commitment to make Buffalo a place “where no one is left out, and no one is left behind”. He is a founding member of the Greater Buffalo Racial Equity Roundtable, which includes more than 30 community leaders from public, private, nonprofits and faith institutions convened to advance racial equity and promote the change required to accelerate a shared regional prosperity. He continues to work every day to ensure that the City of Buffalo a welcoming place of opportunity and inclusion for all.

Mayor Brown’s career in public service is marked with many historic achievements; he was elected the first African-American Mayor of Buffalo. He has won dozens of awards for his public service, including national recognition for his role in Say Yes Buffalo and receiving the Maynard Jackson Award from the African American Mayor’s Association for excellence in economic development.

Looking toward the future, The City of Buffalo entered into a creative partnership with Smart City Capital, a global digital infrastructure consultant, that will develop a roadmap to develop an intelligent city infrastructure, including streetlights with data sensors and high-efficiency LED lighting modules. These initiatives are of Mayor Brown’s commitment to keeping The City of Buffalo on the cutting edge of new technology to improve quality of life and increase efficiency. Mayor Brown is preparing the City for the introduction of Smart Cars and other automated transportation (Visit www.buffalony.gov/thefutureofmobility for more information.)

Mayor Brown continues his sharp focus on economic development and job creation for residents in every section of the City. The City of Buffalo is strategizing for the efficient spending funds from the Biden-Harris administration’s American Rescue Plan and other significant legislation. In all of this spending, there will be focus on recovering from pandemic and building the City of Buffalo back better and stronger than before!